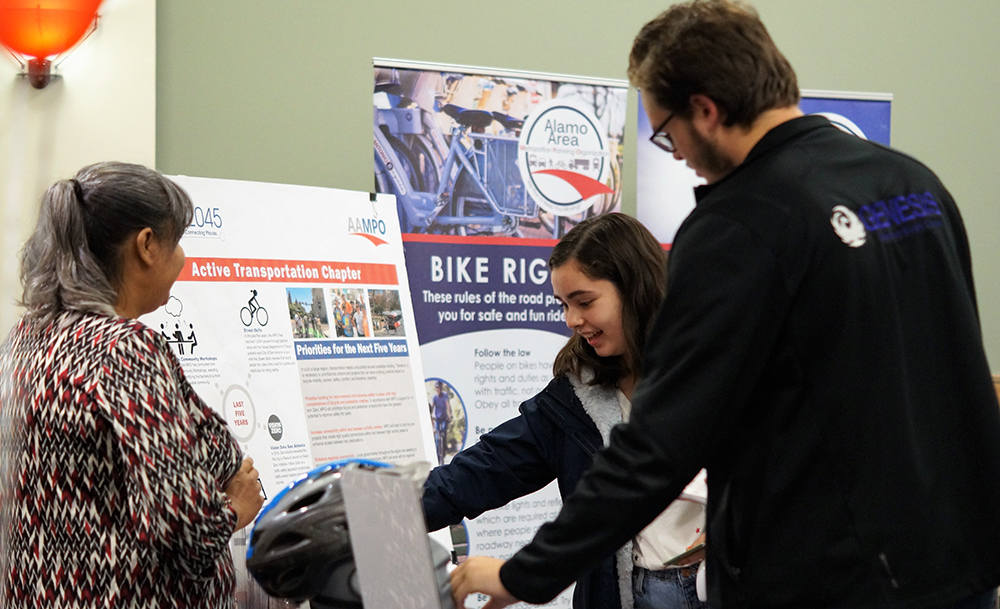 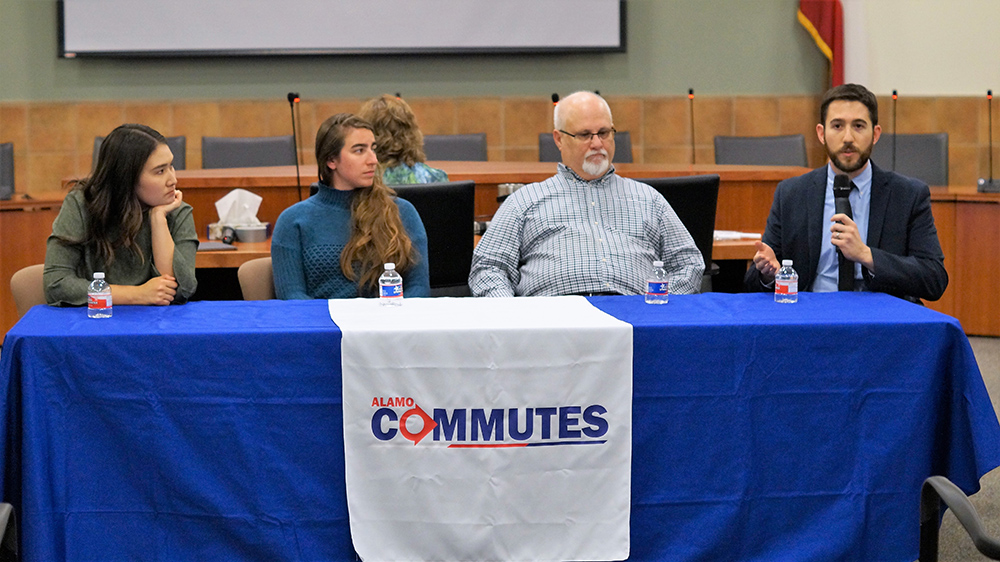 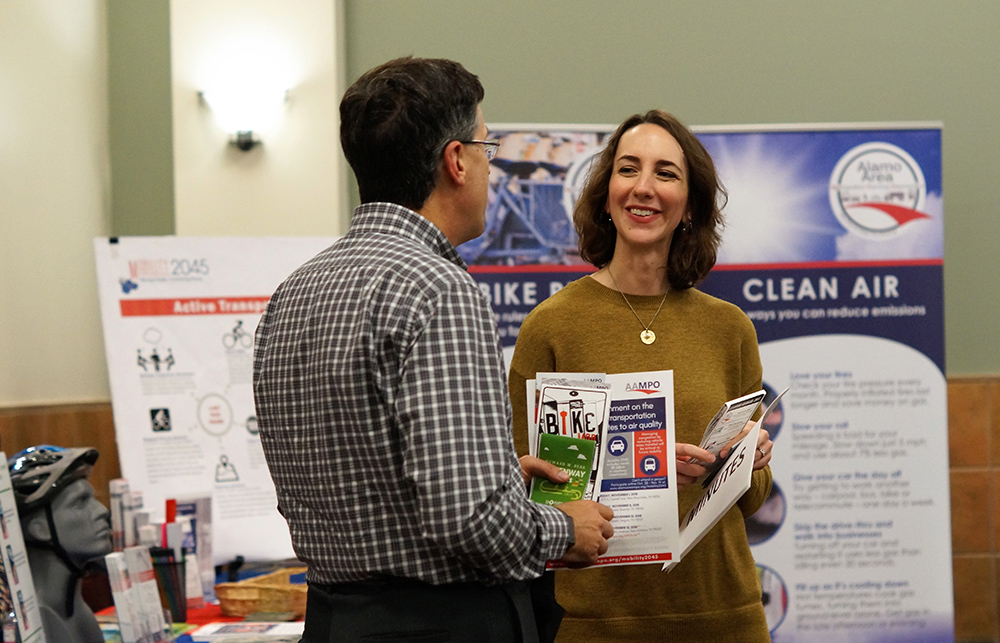 On October 24, the Alamo Area Metropolitan Planning Organization (AAMPO) celebrated the launch of Alamo Commutes at Walk & Bike Night, held at the VIA Metro Center. The event featured a panel discussion with four commute experts who shared their tips and tricks for smart commuting.

The event kicked off with an open house spotlighting transportation and resource providers including City of San Antonio Transportation and Capital Improvements, Swell Cycle and VIA Metropolitan Transit.

Alamo Commutes program manager, Lily Lowder, opened up the panel discussion with a presentation on AAMPO’s new commuter assistance program. Lowder explained, “With 86% of commuters in the Alamo Area driving alone to work and exponential population growth, there is an urgent need for cost effective solutions to worsening traffic and air quality.”

Tim Mulry with VIA Metropolitan Transit detailed his motivation and process for commuting by bus. Mulry showed how he uses the Transit app to find his route and prepare for any transfers. “Nowadays, there’s a variety of apps and tools you can use to plan your bus trip,” Mulry said.

Jillian Harris with the City of San Antonio shared tips and tricks for commuting by bicycle. She recommended getting properly fitted for your bicycle, investing in good gear, practicing your route and biking with a buddy.

Blake Berlin, also with VIA Metropolitan Transit, explained how the VIA Vanpool Program operates, how much it costs and why it’s valuable to commuters.

The panel discussion ended with a Question and Answer session. Attendees asked the panelists about how to alleviate the stress of a long commute, feel safer biking on streets and the advantages of teleworking.

If you would like to learn more about the Alamo Commutes program, please contact Lily Lowder at lowder@alamoareampo.org.